Inflation is one of the economic problems experienced by most, if not all, economies, whether developed or developing, and is increasing, and as a result of the effects that inflation has on the overall and economic lifecycle in particular, economists have put inflation as one of the main economic objectives that the macroeconomics seeks to address or at the very least reduce.

Inflation in general is the general and continued rise in prices. Based on this definition, the high price of a commodity within a specified period cannot be considered inflation, as it is not continuous and included one commodity, not all market goods and services. Inflationary pressures today are felt not only by developed economies, but also by the majority of emerging markets and developing economies.

Although their causes vary across countries, the task of solving the problem will ultimately fall on the world’s major central banks. The main drivers of inflation vary from country to country, but the disparity between developed and developing economies is even greater than this comparison suggests, as many emerging and developing markets were already experiencing declines in per capita pre-pandemic income, while developed economies were often at new high levels.

Although many emerging markets and developing economies have lowered their estimates of potential output over the last two years, there is no indication that inflationary pressures there were primarily driven by economic hyperactivity in the wake of the massive stimulus programme.  A better-timed and stronger political response from major central banks will certainly not be a good news for emerging markets and developing economies in the near term. Most will face higher financing costs, and debt crises in some of them may become more likely. However, the longer-term costs of delaying work will be greater.

In order to address inflation, the state uses monetary policy instruments, for example, to raise interest rates, which leads to the withdrawal of cash from the markets because everyone is looking for profits and since the rise in the interest rate achieves profits while uncertain about the future market conditions, then investors will resort to depositing their money in banks to get interest rate, so cash flow, demand and inflation will decrease 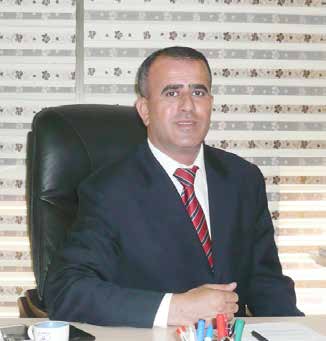